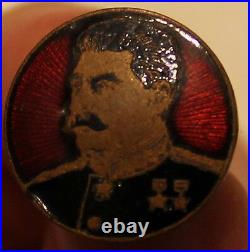 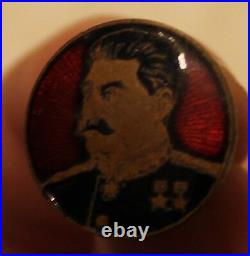 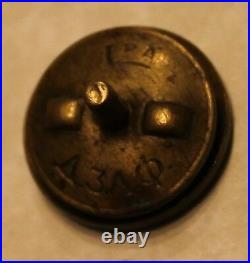 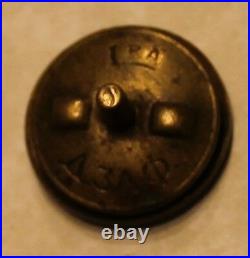 It is from Stalin’s personality of cult period. The badge is made of brass and enamel and is 17mm in diameter. It is in nice shape for its age. There is only one pin for sale, but there is multiple pictures of the same pin. Joseph Stalin (December 18, 1878 – March 1953) was General Secretary of the Communist Party of the Soviet Union’s Committee from 1922 until his death in 1953. During that time he established the regime now known as Stalinism. As one of several Central Committee Secretariats, Stalin’s formal position was originally limited in scope, but he gradually consolidated power and became the. Party leader and dicatato of the Soviet Union. Stalin launched a command economy in the Soviet Union, forced rapid industrialization of the largely rural country and collectivization of its agriculture. While the Soviet Union transformed from an agrarian economy to a major industrial powerhouse in a short span of time, millions of people died from hardships and famine that occurred as a result of the severe economic upheaval and party policies. At the end of 1930s, Stalin launched the Great Purges, a major campaign of repression. Millions of people who were suspected of being a threat to the party were executed or exiled to Gulag labor camps in remote areas of Siberia or Central Asia. A number of ethnic groups in Russia were also forcibly resettled. Under Stalin’s leadership, the Soviet Union went on to achieve recognition as one of just two superpowers in the post-war era, a status that lasted for nearly four decades after his death until the dissolution of the Soviet Union. Stalin created a cult of personality in the Soviet Union around both himself and Lenin. The embalming of the Soviet founder in Lenin’s Mausoleum was performed over the objection of Lenin’s widow, Nadezhda Krupskaya. Stalin became the focus of massive adoration and even worship. Numerous towns, villages and cities were renamed after the Soviet leader. And the Stalin Prize and Stalin Peace Prize were named in his honor. He accepted grandiloquent titles e. “Coryphaeus of Science, ” “Father of Nations, ” “Brilliant Genius of Humanity, ” “Great Architect of Communism, ” “Gardener of Human Happiness, ” and others, and helped rewrite Soviet history to provide himself a more significant role in the revolution. At the same time, according to Khrushchev, he insisted that he be remembered for the extraordinary modesty characteristic of truly great people. Many statues and monuments were erected to glorify Stalin but all of them distorted Stalin’s true build. Going by these monuments and statues it would be easy to assume that Stalin was a tall and well built man not unlike Tsar Alexander III. This was not the case however; photographic evidence suggests he was between 5 ft 5 in and 5 ft 6 in (165-168 cm). His physical stature was exaggerated in all portraits and statues to avoid any image of weakness that could harm his cult of personality. Trotsky criticized the cult of personality built around Stalin as being against the values of socialism and Bolshevism, in that it exalted the individual above the party and class and it disallowed criticism of Stalin. The personality cult reached new levels during the Great Patriotic War, with Stalin’s name even being included in the new Soviet national anthem. The reference was later removed during the process of De-Stalinization. Stalin became the focus of a body of literature encompassing poetry as well as music, paintings and film. Artists and writers vied with each other in fawning devotion, crediting Stalin with almost god-like qualities, and suggesting he single-handedly won the Second World War. The free listing tool. This item is in the category “Collectibles\Historical Memorabilia\Political\Rest of the World\Russia”. The seller is “rolyat11″ and is located in this country: US. This item can be shipped to United States, United Kingdom, Denmark, Romania, Slovakia, Bulgaria, Czech Republic, Finland, Hungary, Latvia, Lithuania, Malta, Estonia, Australia, Greece, Portugal, Cyprus, Slovenia, Japan, China, Sweden, Korea, South, Indonesia, Taiwan, Thailand, Belgium, France, Hong Kong, Ireland, Netherlands, Poland, Spain, Italy, Germany, Austria, Bahamas, Israel, Mexico, New Zealand, Philippines, Singapore, Switzerland, Norway, Saudi Arabia, United Arab Emirates, Qatar, Kuwait, Bahrain, Croatia, Republic of, Malaysia, Brazil, Chile, Costa Rica, Panama, Trinidad and Tobago, Guatemala, El Salvador, Honduras, Jamaica, Aruba, Belize, Dominica, Grenada, Saint Kitts-Nevis, Turks and Caicos Islands, Bangladesh, Brunei Darussalam, Bolivia, Ecuador, Egypt, French Guiana, Guernsey, Gibraltar, Guadeloupe, Iceland, Jersey, Jordan, Cambodia, Liechtenstein, Luxembourg, Monaco, Macau, Martinique, Nicaragua, Peru, Pakistan, Paraguay, Vietnam, Uruguay, Russian Federation, Canada, South Africa, Colombia, Antigua and Barbuda, Saint Lucia, Barbados, Bermuda, Cayman Islands, Sri Lanka, Maldives, Oman, Reunion, Montserrat, Ukraine.