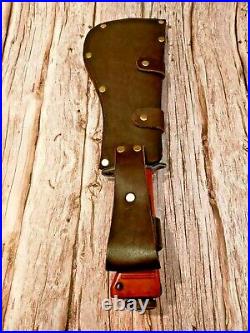 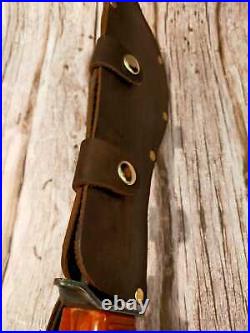 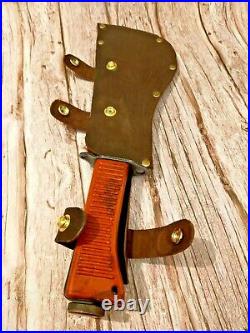 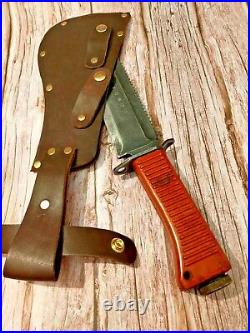 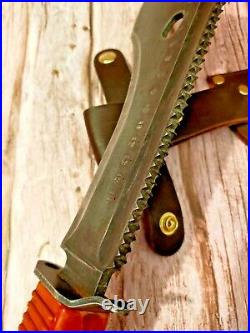 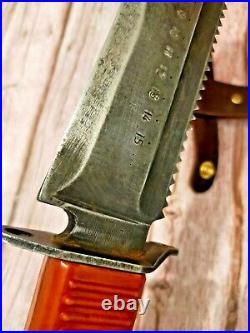 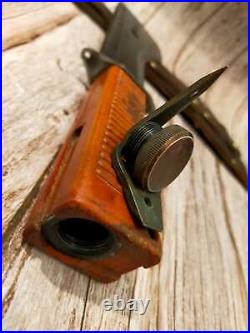 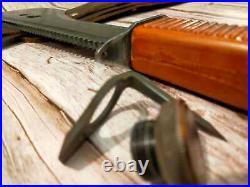 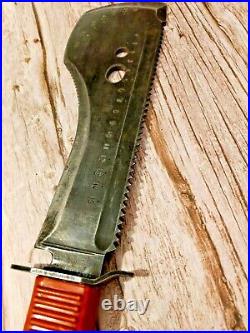 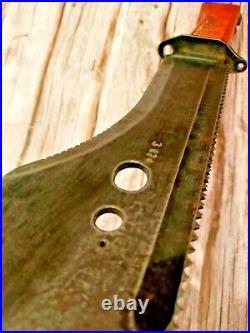 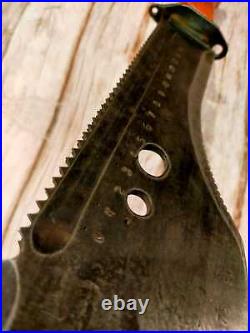 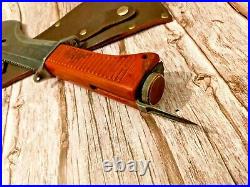 Brief description of the product. I present to your attention a unique machete called “machete of the USSR special forces / machete for survival / machete Taiga-1″. THIS MACHETE IS AN ANIQUARIATE. Such machetes were produced in the Soviet Union from 1980 to 2012. Since 2012, this unique machete is not available! Now such a machete is hard to find, a very rare machete. I want to pay attention to the case with a machete, the case is made by hand from leather. This is a machete from about 1983, preserved in very good condition. In my opinion, this machete is the most functional for survival conditions in extreme conditions. I have not seen a more functional machete than this machete. The Soviet Union sought to produce literally all the products that only exist on the planet, providing itself to the fullest. This was especially true of things that were somehow connected with the power structures of the state. For example, a machete called Taiga-1. It’s funny, but today foreigners remember this tool much more often than our compatriots. And in vain, because most modern Russian analogues are not even close to the “TAIGA”. The full name of this Soviet gadget is UVSR Taiga-1. Frightening at first glance, the abbreviation actually stands for very simply: A device for performing rescue operations. This name was given to the instrument for a reason. It was designed for rescuers and soldiers of special units. When you first look at the “TAIGA” in your head, you have a rather sinister image of some terrible weapon from a fantastic book. In fact, this machete was conceived primarily as a tool. With the help of “TAIGA” you could do a huge number of useful things. Chop, saw, pick, bite, pick and much more. Even today, it will be difficult to find a knife or a machete that would equally well cope with each of the tasks assigned to it. Even such a tool as an infantry shovel, which is famous for its unpretentiousness and versatility, mostly loses to the TAIGA-1. During the 1980s and 90s, there was simply no alternative to the Taiga-1. It was a truly unique event. There is nothing superfluous in the tool, while in nature the machete functionality allowed you to solve 9.5 out of 10 tasks. This has made the Taiga an ideal choice for travelers, tourists, fishermen and hunters. Although the machete could not completely replace a shovel or an axe, it coped with camp tasks with a bang. Thank you all for your attention. Have a nice shopping and have a nice day. The item “Machete USSR. Russian Spetcnaz. Knife. Machete. Taiga-1UVSR. USSR. Spetsnaz Machete” is in sale since Friday, October 29, 2021. This item is in the category “Collectibles\Knives, Swords & Blades\Collectible Fixed Blade Knives\Modern Fixed Blade\Factory Manufactured”. The seller is “larkari47″ and is located in UFA. This item can be shipped worldwide.