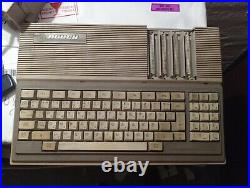 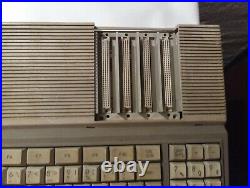 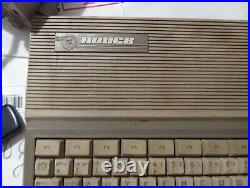 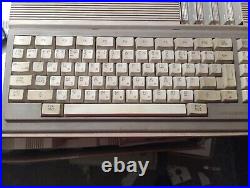 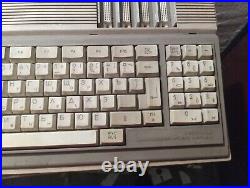 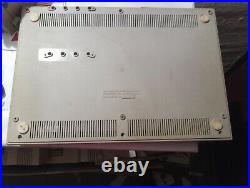 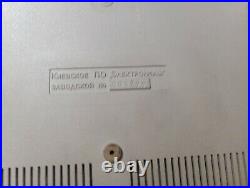 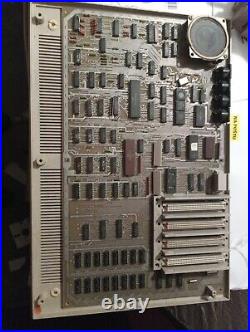 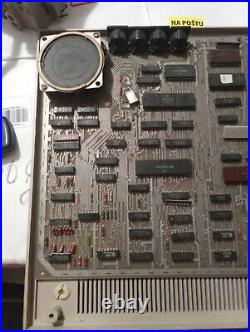 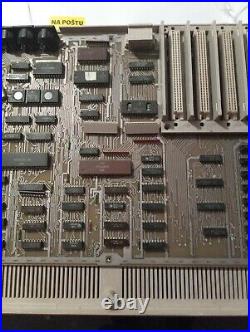 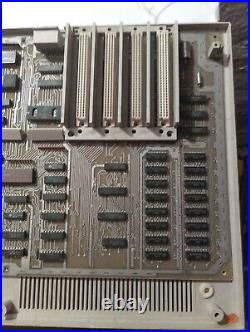 POISK 1.04 PC/XT – (Soviet union – Ukrainian) – not works , good condition – sell to repair or parts. “Poisk” – 16-bitpersonal computer, a partial clone of theIBM the main consumersof this computerhave educationalinstitutionsof the USSR. Processor : 181088 (similar to the Intel 8088) at a clock frequency of 5.0 MHz (unlike of 4.77 MHz IBM PC/XT). Memory: RAM 128 KB (1.0, 1.01, 1.02, 1.03 and 1.05) or 512K (models 1.04 and 1.06), of which 32 KB was driven by the video card and, respectively, 96 or 480 KB (expandable to 640 KB, with third-party drivers – up to 736 KB) under the program, the ROM 8/16 KB. Video: integrated video graphics modes compatible with CGA 320×200 pixels, 4 colors; 640×200 pixels, 2 colors; text modes – amaliapolis for Cyrillic characters used alternative encoding (so-called codepage 866); have access to a home TV. Expandability: 4 expansion slots (similar to the 8-bit XT BUS with a few differences) to connect additional devices. External storage device: home cassette recorder; a floppy disk drive (up to 2 units on the adapter, from 360 KB to 1.44 MB, through the expansion unit); hard disk (MFM/IDE, through the expansion unit)Structurally all – in-one motherboard and keyboard, power supply external. The basic configuration is simple and cheap. Function keyboard controller assigned to the Central processor, in addition, all references to the standard ports video controller CGA caused an NMI to the CPU, whereby the processor emulated the work of the BIS video. As a result, the performance was significantly lower than that of XT that could not compensate for the increased speed. Additional functionality was achieved by connecting expansion units that are inserted into slots in the upper part of the body, right. The item “POISK 1.04 PC/XT (Soviet union Ukrainian)” is in sale since Wednesday, November 25, 2020. This item is in the category “Computers/Tablets & Networking\Vintage Computing\Vintage Computers & Mainframes”. The seller is “dragonberseker” and is located in Holí 90851. This item can be shipped to North, South, or Latin America, all countries in Europe, all countries in continental Asia, Australia.