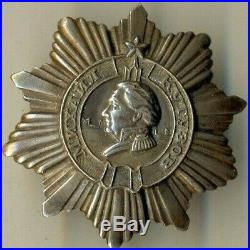 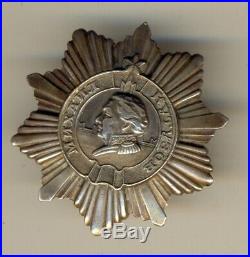 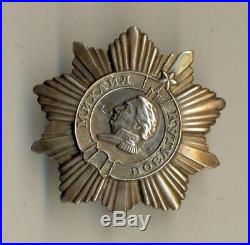 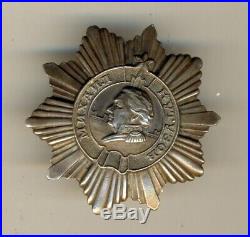 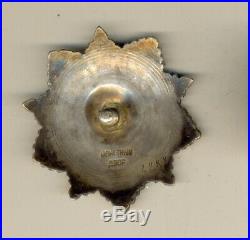 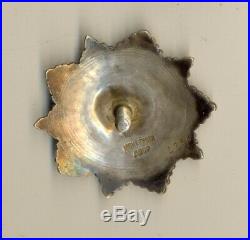 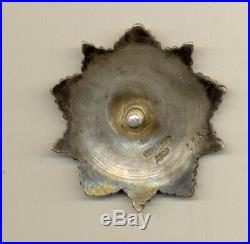 V R Soviet Order Medal. Order Kutuzov 3rd degree. The badge of the Order of Kutuzov of the III degree does not have enamel in the central circle and on the asterisk crowning the Kremlin tower. The image of Kutuzov, the tape surrounding the circle, and the inscription on the tape are oxidized. The total weight of the order is 23.4. The size of the order of the III degree is 44 mm. Order until 2016 was in the private collection. The owner of the collection decided to sell his collection. After the sale, the new owner stated that it is a copy. The order was discussed in many forums and there were different opinions on the identity of this order. The Order of Kutuzov is the second commander order after the order of Suvorov in the order of establishment and seniority. This is the only Soviet order, the various degrees of which were established at different times. By a decree of the Presidium of the USSR Supreme Soviet on 02/08/1943 on the establishment of a military order – the Order of Kutuzov of the III degree and on the addition of the statute of the Order of Suvorov , the III degree of the Order of Kutuzov was established, which brought it into line with the Order of Suvorov for the positions awarded. Unlike the Order of Suvorov, the Order of Kutuzov had a more defensive and staff character, which was reflected in his Statute. It is significant that it was established by decree of July 29, 1942, the day after the signing of Stalin’s famous order No. 227 of July 28, 1942, known in the army as the order Not a step back! The Order of Kutuzov of the III degree is awarded to commanders of regiments, battalions, companies and chiefs of staff of regiments. For the initiative shown in carrying out the assigned battle and inflicting a major defeat on the enemy as a result of a sudden and bold attack. For the capture with small losses for their troops of a large enemy resistance knot, the skillful consolidation of the conquered positions and the decisive reflection of the enemys counterattacks. For organizing the skillful pursuit of a retreating enemy and the rout of his manpower and equipment, for the quick elimination of blocked enemy groups. For a bold approach to enemy communications and the rout of his rear garrisons and bases. For the skillful development of a battle plan, which ensured a clear interaction of all types of weapons and its successful outcome. Pay Pal only Thank you. The item “Soviet Red Medal Star Badge Banner Order Soviet Union Kutuzov 3rd (#1116a)” is in sale since Wednesday, September 18, 2019. This item is in the category “Collectibles\Militaria\WW II (1939-45)\Original Period Items\Russia\Medals, Pins & Ribbons”. The seller is “sovietordersf” and is located in San Francisco, California. This item can be shipped worldwide.