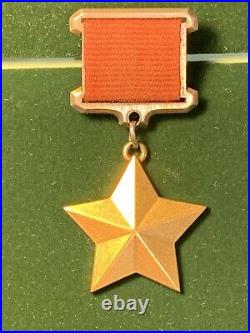 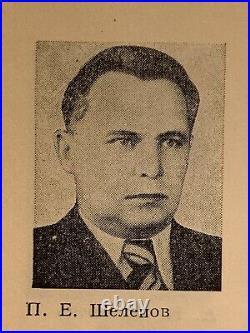 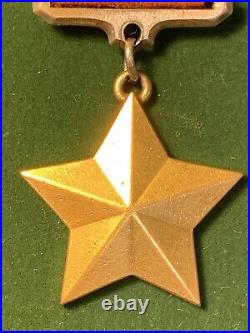 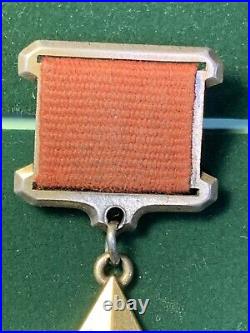 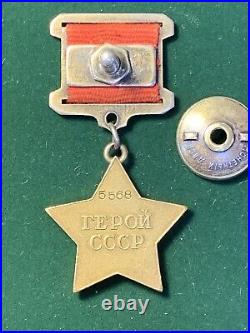 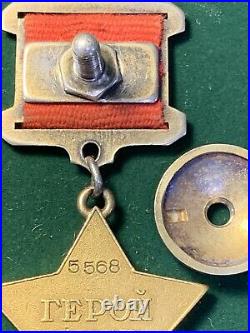 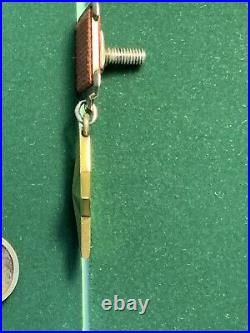 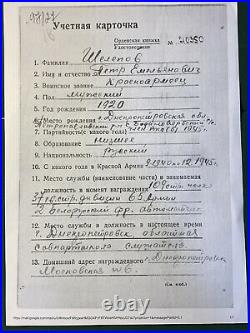 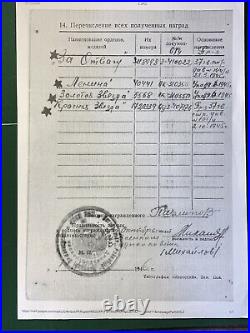 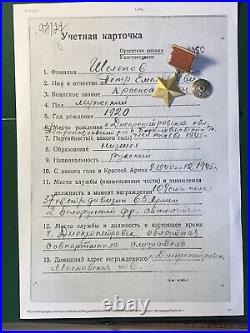 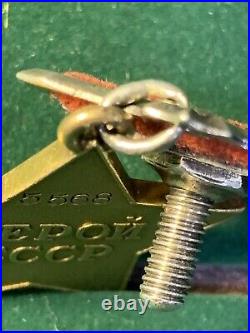 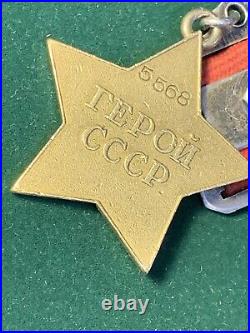 Authentic GOLD STAR MEDAL # 5568. Award t o Hero of SOVIET UNION. S HELEPOV PETR EMELYANOVICH. SHELEPOV PETR EMELYANOVICH b. 07/14/1920 in the village of Bogdano-Verbki, Dnipropetrovsk region, Ukraine, in a peasant family. Hi graduated from 7 classes, worked on a collective farm. In the Red Army since 1940. A participant in the war since June 1941. Shooter of the 109th Guard Rifle Regiment 37th Guards, rifle Division, 65th Army 2nd Belorussian front. 04/20/1945 in battles during the crossing of the West Oder in the area of Kolbittsov (southwestern city of Szczecin , Poland) , as part of the assault, the group knocked the enemy out of the trenches captured an important height, and single-handedly repulsed several enemy counterattacks. The heroism and courage of Pyotr SHELEPOV made it possible to establish the crossing and force the river with the main forces of the regiment. The title of Hero of Soviet Union was awarded on June 29,1945. After the war he graduated from Kharkov legally Institute. Lived in the city of Verkhnedneprovsk. Hi worked a a teacher at the College. Died March 29, 1983. The item “WW II GOLD STAR MEDAL HERO OF SOVIET UNION # 5568, Award to SHELEPOV PETR E” is in sale since Wednesday, August 26, 2020. This item is in the category “Collectibles\Militaria\WW II (1939-45)\Original Period Items\Russia\Medals, Pins & Ribbons”. The seller is “world4u” and is located in Brooklyn, New York. This item can be shipped to North, South, or Latin America, all countries in Europe, all countries in continental Asia, Australia.